Staff and experts from the Warnath Group recently concluded a successful training session for approximately thirty police, prosecutors, judges, and immigration officers in Athens, Greece, on January 30th and 31st.

The training, delivered by Warnath Group experts Florrie Burke and Albert Moskowitz, with the assistance of Maria Malouhou, Deputy Prosecutor of Athens, covered a wide range of subjects, focusing in particular on the victim-centered approach to prosecution. This approach emphasizes the range of tools to support and assist victims and how centering decisions on each victim’s interests are not only in their interest but also in the interest of more effective criminal justice objectives.. Subjects covered included international law in comparison with Greek law, the phenomenon of human trafficking, victim issues, and international cooperation.

The training was refined over a series of meetings conducted during the two days preceding the training, with a range of experts in a variety of fields. These interviews included members of the specialized trafficking unit of the Hellenic Police, psychologists from the Ambelokipi Social Support Center of the National Center of Social Solidarity, members of the U.S. Embassy in Athens, Greece, and officials from the Foreign Ministry. The wide range of interviews allowed for a comprehensive picture of the trafficking situation in Greece, and for the Warnath Group team to further tailor their training modules to the needs of the Greek context.

The training was conducted with the expert assistance of Christina Le of the U.S. Embassy in Athens, and with the support of Herakles Moskoff and Stella Latou of the Foreign Ministry in Greece. It was held at the Foreign Ministry in downtown Athens, in an amphitheater that provided ample space for both the large group discussions and the small group exercises that form the backbone of Warnath Group trainings.

Participants responded extremely positively to the training, with many requesting that the Warnath Group return in future to conduct more advanced training sessions. Many expressed an evolved understanding of the crime of human trafficking and its victims following the training, recognizing the significance and impact of this work on their own jobs at a day-to-day level.

US Ambassador to Greece, Daniel Smith, provided opening remarks on behalf of the U.S. Government, and emphasized the importance of combatting this crime on a global and transnational level, including the value of the training that the Warnath Group’s sessions represented. Diane Smith, Ambassador Smith’s wife, presented certificates to participants at the end of the training, and reiterated the value of such training in the face of such an endemic and difficult crime as human trafficking.

More photos from the training: 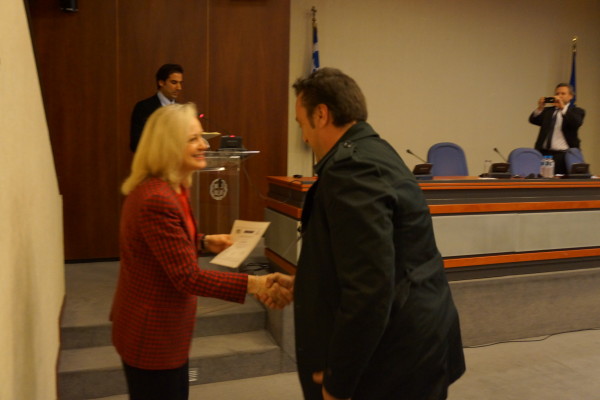 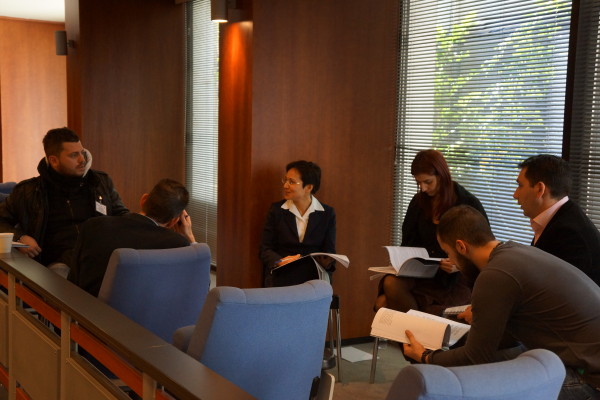